A very complete and well-preserved scene of viticulture and winemaking in two registers. In the upper register, trellised vineyards not visible, only long herbs and detailed grape bunches are shown. Three workers pick up the grapes and put them in small baskets that they hold with one hand. To the right are four men treading the grapes in a low vat, where grapes are visible from the front, with their feet, while their hands are hanged from an upper pole of the winepress. Further to the right are five men pressing the remains of the grapes in a sack-press; the sack is twisted by means of poles put through the looped ends and the juice falls to a vat; four men twist the poles, while a fifth places himself horizontally between them to push them apart and keep the bag at a full stretch. To the right of the last scene are three seated men counting the bunches of grapes which are in the baskets in front of them, another four big baskets full of grapes are there already counted, and a seated scribe is recording the number of grape bunches counted. Below the upper register: two men, one seated on the left and another man standing on the right, count the wine jars. To the right of them is a supervisor controlling two workmen while filling jars with must for fermentation. Between them there are six jars: the two in the middle are big jars opened and a wide mouth containing must for fermentation and the other four jars are already sealed. To the right is a man filtering the must?, adding dried grapes? or sealing? a wine jar. There are another two wine jars beside him: the one on top is sealed and the one below is not sealed. To the right are three big baskets full of grapes, another small one is carried by a man on his head, while another man is helping him. Finally, four goats are browsing and cleaning a tree or vine: one sits eating and two standing goats eat the tendrils of the vine, while the fourth goat arrives from the right side. They eat the rests of the leaves at the end of the season, which is a way to prepare the vine for the winter (and this procedure has been recently introduced in modern vineyards). 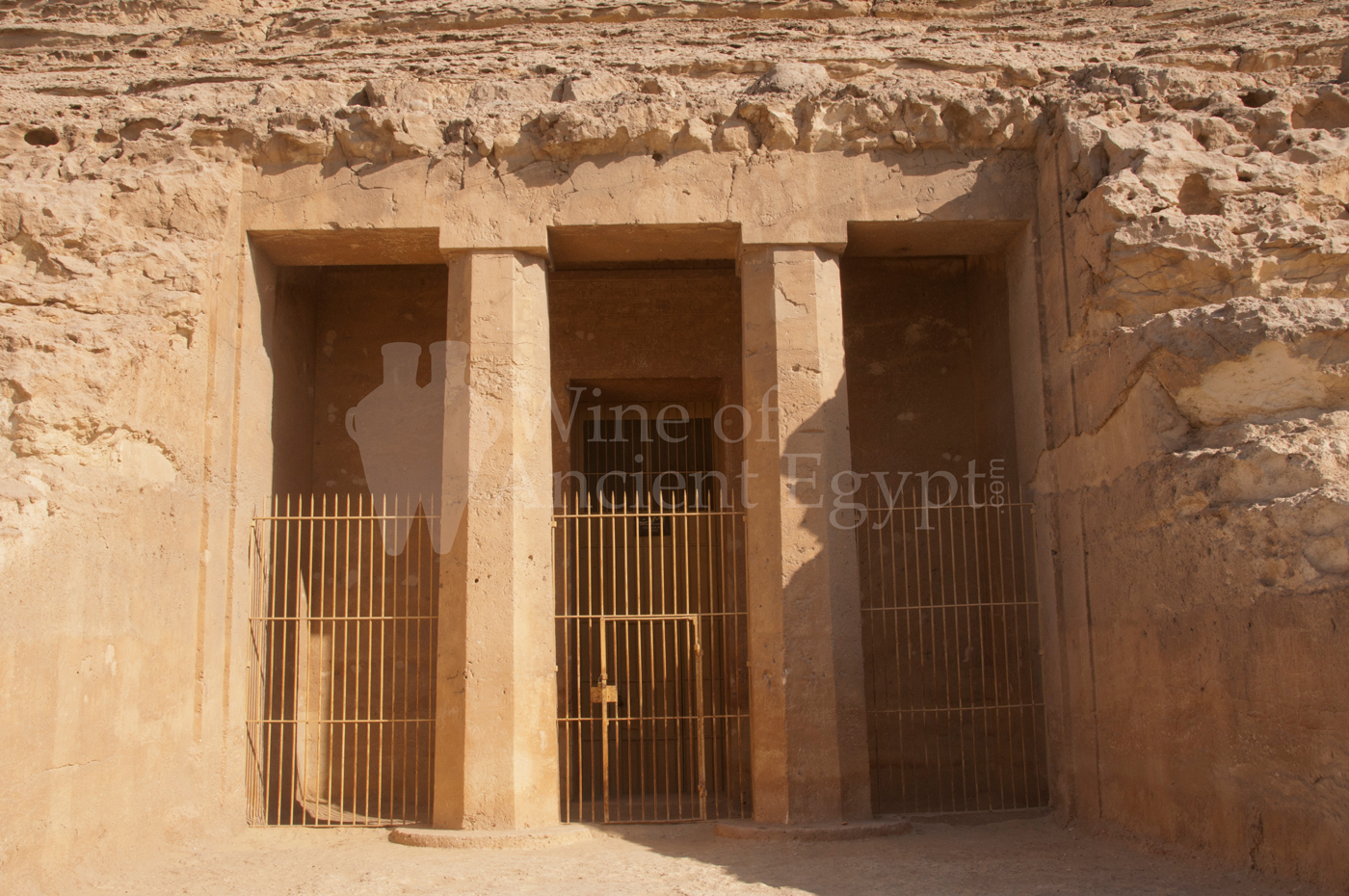 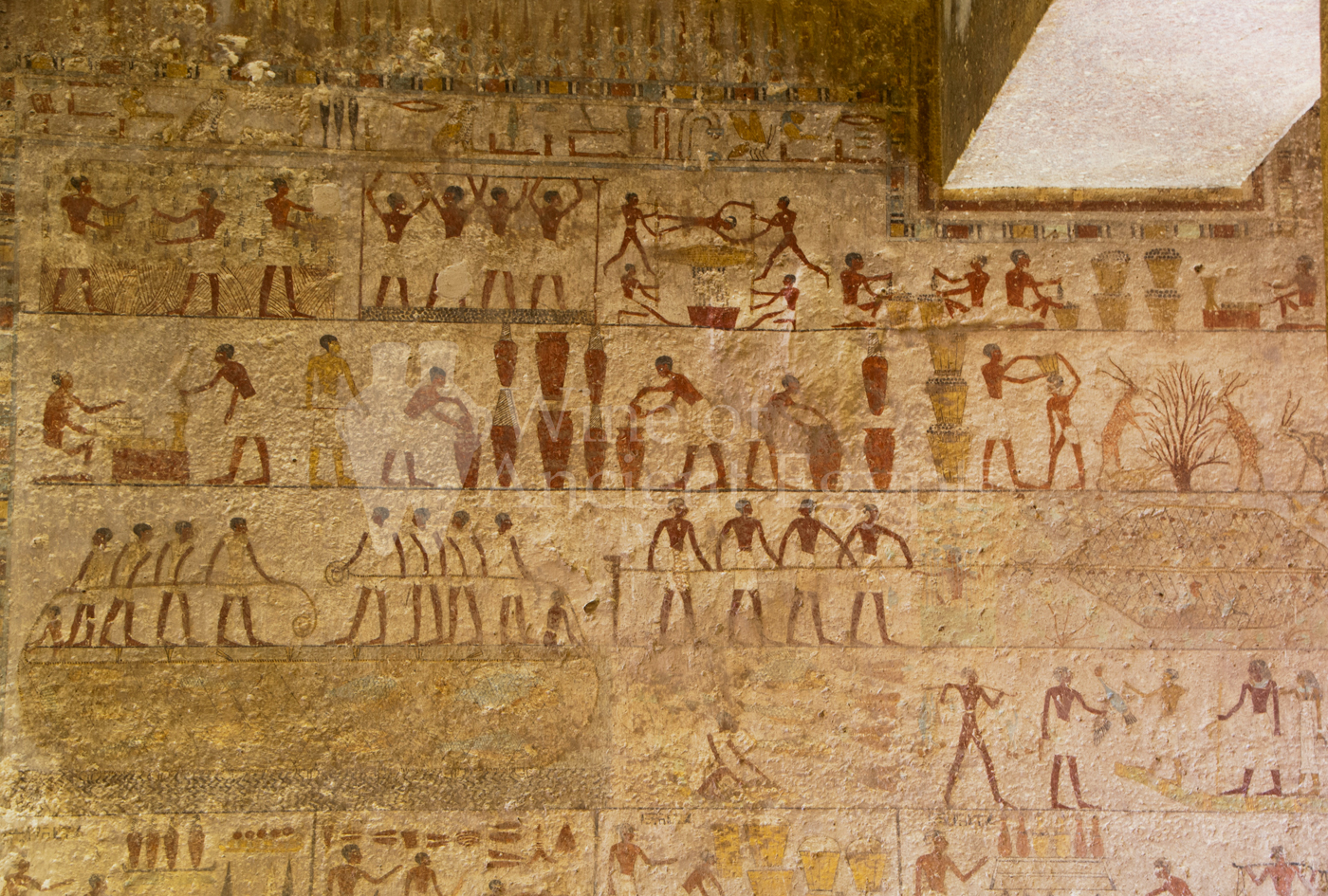