A scene of viticulture and winemaking in three registers. In the first register, there are two pergola vines. Two workmen, in a kneeling position, are picking grapes on the right vine and putting the grapes in a basket placed between them. The man on the right is of an Asiatic origin, because of his beard, and his bald front. Between the two vines, a man carrying two small jars is watering the left groove of the right vine, with a bird over his head. In the second pergola vine, to the left, there are three people picking grapes, the one to the right is a black man (possibly Nubian) and the one in the middle is a child that is carrying a basket full of grapes on his shoulder, and looking back. The worker to the left has, in front of him, a basket already full of grapes. The whole harvest scene is supervised by an overseer of vintners (to whom is probably watching the child) and to the left is a man transporting the basket full of grapes and a bag with bunches of grapes; at the left end a scribe is counting them. In the second register (below), there is a vat where six men are treading the grapes with their bare feet. Both the vat and its upper wooden structure are very simple. The men are holding to ropes that fall from the upper structure of the press consisting of three branches. Beside them, a priest is making an offering to Renenutet, goddess of the harvest. To the left of the scene, a man is filling the second of six two-handled open wine jars in a row, and there are three open jars are in another row. Another man is represented sealing two wine jars of a bigger size, which are placed next to the six wine jars of the lower row, and have a standing support; the jars are being closed, first with a pottery lid on the mouth, as the left jar shows, and then with mud to cover all the neck of the amphora. The third register shows a boat where a group of men are unloading a shipment of four wine jars: one of them is kneeling to grab the jar, two are carrying the jars on their shoulders, and a fourth man is leaving the boat with a wine jar on his shoulder. At the entrance of the ship there is also a row of three wine jars, probably waiting to be unloaded and a supervisor is controling the work.

Titles: Wa'b-priest of Amenophis I 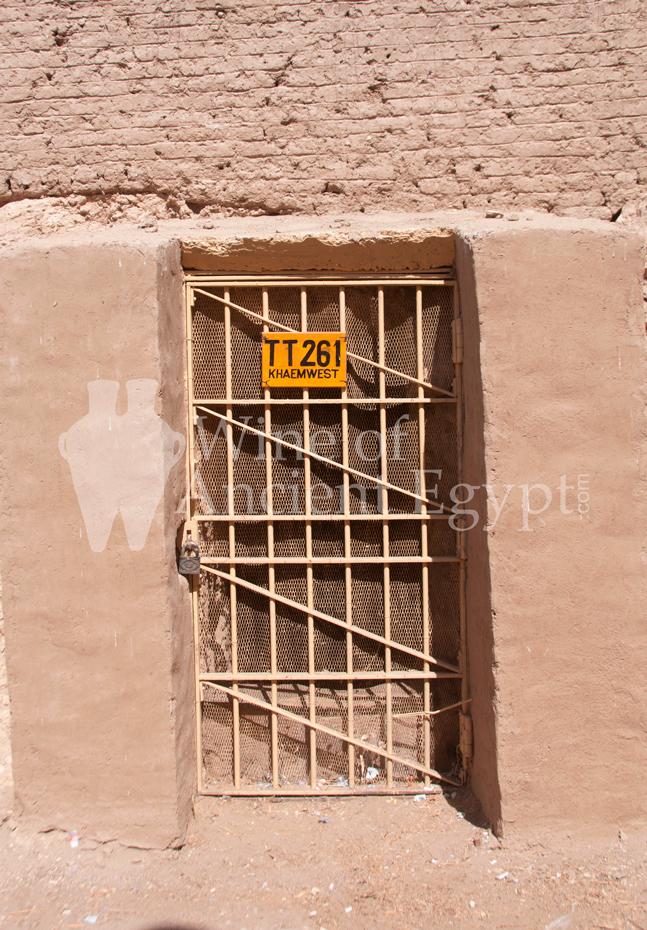 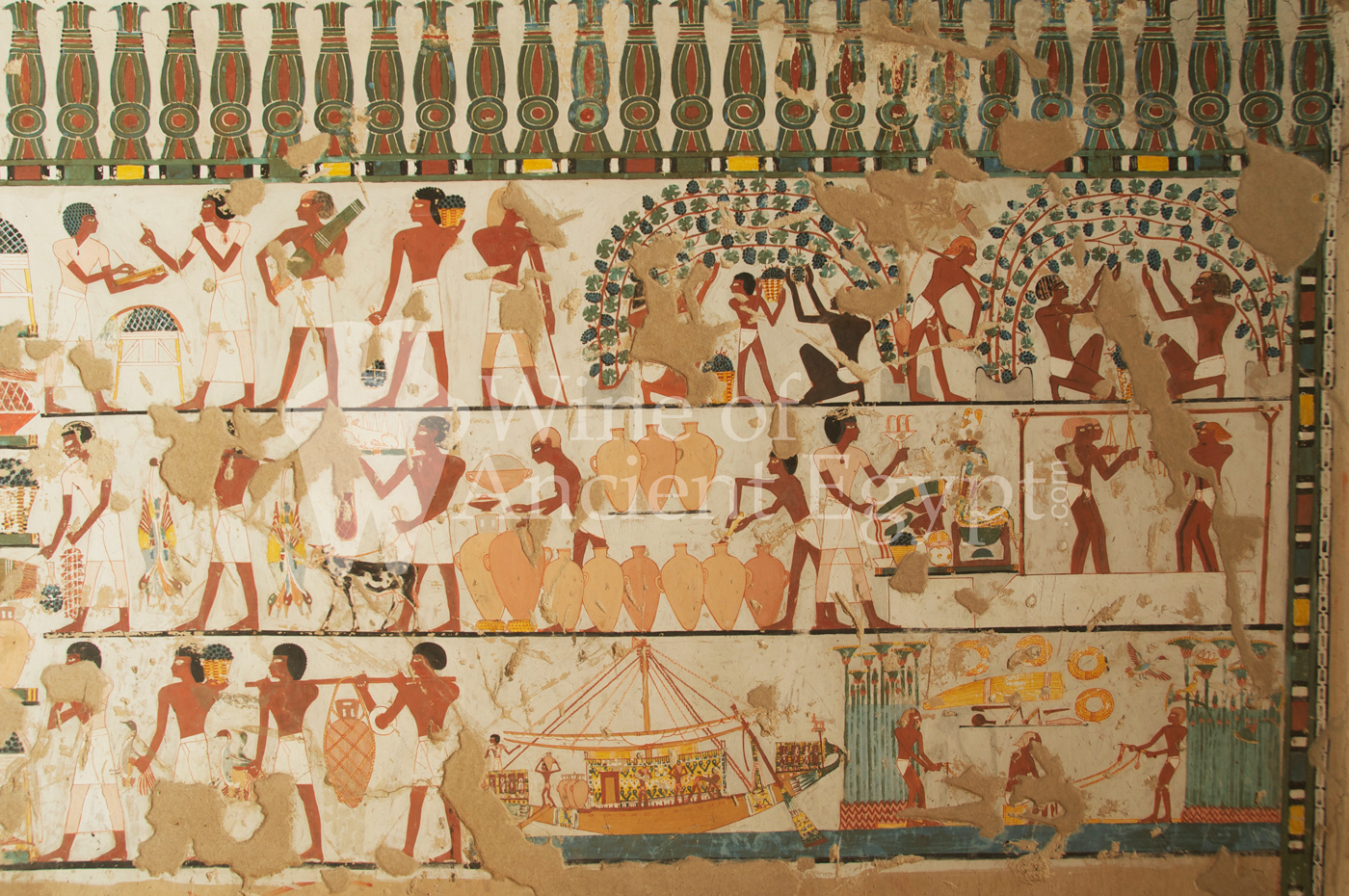